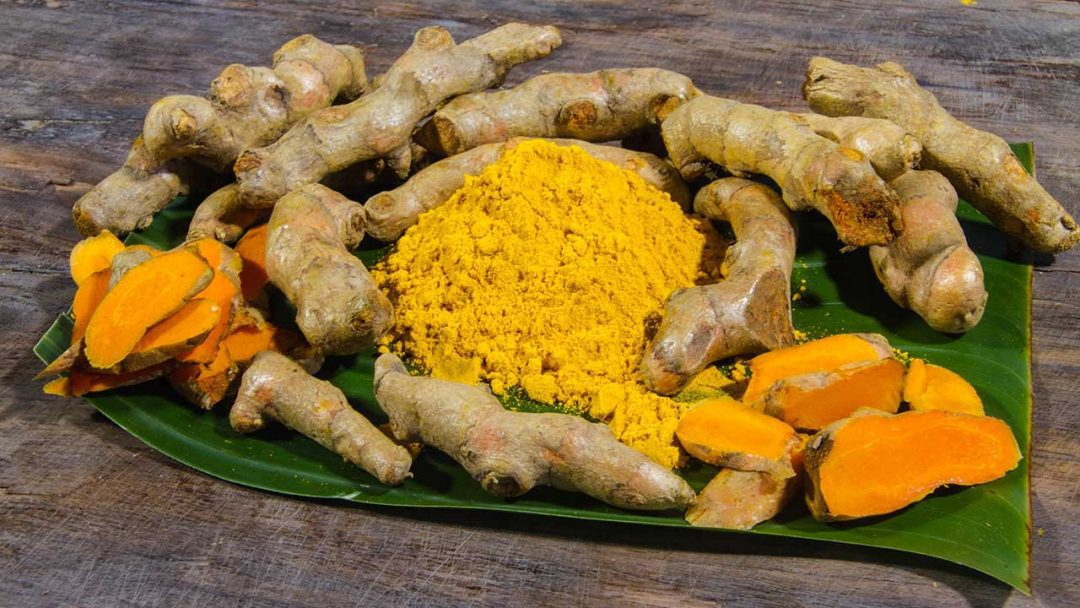 Turmeric, in Thai called Thai Kharmin has a very long history of use, both as a medicinal plant and for cooking. The part mostly used is the root. It can be purchased as an orange powder and is famous for its use in curries, adding flavor and the yellow color. (When purchasing as a health tonic, ensure you buy just turmeric and not a mixed blend of turmeric and other curry powders).

Turmeric is native southeast India but grown widely in Thailand. It belongs to the ginger family. It grows at temperatures between 20C and 30°C needing considerable amount water. The plant grows to about one-meter height. It takes 8 to 10 month from germination till harvesting. It produces flowers in many shades of purple, and also white. The flowers have no medicinal properties.

Turmeric has been used in Asia for thousands of years, both for cooking and medicinal purposes. It can be used both, fresh and as a dried powder. The medical benefits are greater when used fresh, but many benefits remain when sun dried.

Turmeric is believed to have numerous health and healing properties. It have been used in traditional medicine for thousands of years, around the world.

To mention a few of its believed benefits is it cleans the blood, have anti-inflammatory and have anti bacterial properties.

Recent studies have shown tumeric aids in the repair of brain cells, damage that normally leads to Alzheimers, dementia and seizures.

How to make Turmeric powder.

There are differents methods to making Turmeric powder, depending on who you asked! The traditional Thai preparation method is to take the root, slice it into thin slices, then sun-dry for 2-3 days. Then it’s ground into a fine powder.

Nowadays, commercially produced tumeric is dried in ovens.. to save time and space. The tumeric that is medicinally tested has mostly been produced by this method, so sufficient nutitional value has been maintained.